Background: Polycystic ovary syndrome (PCOS) is a heterogeneous endocrine disorder affecting women of reproductive age. Treatment by metformin is based on the basis of insulin resistance in PCOS.
Objective: To see the effect of metformin therapy for 9 months on hormonal profiles in PCOS.
Methods: Present double blind placebo-controlled study encompassed 80 PCOS subjects (age, mean±SD: 23.10±4.30; married/unmarried: 44/36; amenorrhea/oligomenorrhea: 90%; abortion: 25%; infertility: 38.6%) who were tested for hormonal profiles (serum testosterone, progesterone and anti-mullerian hormone, AMH) at recruitment and after 9 months of therapy with metformin/placebo having >80% compliance. Among 80, 49 completed the study (metformin=26, placebo=23), 4 became pregnant before reaching the end point (metformin=1, placebo=3), and 27 dropped out (metformin=13, placebo=14). AMH was assayed by ELISA whereas testosterone and progesterone by the chemiluminescent method.
Results: Baseline characteristics, as well as hormonal and biochemical profiles, were statistically similar between metformin and placebo groups. After 9 months, AMH (ng/ml) increased significantly in both metformin (6.10±5.68 vs. 8.67±4.27, p<0.003) and placebo (4.89±3.70 vs. 10.54±3.58, p<0.001) groups. Progesterone (1.55±2.58 vs. 5.16±5.20, ng/ml, p=0.006) increased whereas testosterone significantly decreased (8.11±3.98 vs. 5.96±1.72, ng/ml, p=0.003) in the metformin group.Unlike metformin, testosterone (8.88±3.10 vs.8.86±3.06, ng/ml, p=0.989) and progesterone (0.94±0.85 vs 0.82±1.34, ng/ml, p=0.670) were unchanged in placebo. Side effect like loose motion, abdominal pain, nausea and vomiting were observed during the initial part of therapy in both groups.
Conclusions: The present double-blind placebo-controlled RCT of nine months revealed that metformin has significant beneficial effect on androgenous activity of PCOS.
Keywords: PCOS, Metformin AMH, Testosterone, Progesterone.

Polycystic ovary syndrome (PCOS) is a heterogeneous endocrine disorder of women with multifactorial causes leading to chronic anovulation associated with androgen excess. It was first described by Stein & Leventhal in 1935 as the commonest endocrine disorder in women of reproductive age leading to menstrual irregularity, which is one of the cardinal clinical features of PCOS.1 Incidence of PCOS in women of reproductive age is reported to be 5 to 10% which is found to be increasing than assumed.2 PCOS is characterized by anovulatory menstrual cycle, infertility, hyperandrogenism thus resembling different metabolic syndromes.3 In 2003 Rotterdam criteria was proposed which requires two of the following characteristics for the diagnosis of PCOS: oligo-ovulation or anovulation, clinical and/or biochemical signs of hyperandrogenism and polycystic ovaries with the exclusion of other etiologies (congenital adrenal hyperplasia, androgen secreting tumors, Cushing syndrome).4 Women with PCOS may present with multiple manifestation which include cutaneous, reproductive, endocrine and metabolic abnormalities. Cutaneous manifestations including hirsutism, acne and male pattern of baldness are caused by hyperandrogenism. Reproductive manifestations are menstrual dysfunctions like secondary amenorrhea/ oligomenorrhea, infertility, early pregnancy loss and other complication of pregnancy. Metabolic and endocrine abnormalities are increased circulating levels of total and/ or free testosterone, androstenedione, dehydroepiandrostenedione sulfate (DHEAS), decreased sex hormone binding globulin (SHBG), increased insulin level and increased ratio of luteinizing hormone : follicle stimulating hormone (LH/FSH).5 In addition to the clinical presentation, PCOS poses the long term risk of development of gestational diabetes, type 2 DM, frequent first trimester pregnancy loss and increased risk of cardiovascular disease & endometrial cancer.6,7,8 Historically, treatment has been directed at ovulation induction for infertility, oral contraceptive or progestins for menstrual irregularity and antiandrogen for hirsutism.9 This traditional pharmacological therapy for patients with PCOS mainly address the hyperandrogenic state and anovulation, but neglects the associated long time metabolic risk i.e. insulin resistance.

This was a randomized double blind placebo-controlled study comprised of 80 PCOS patients. Inclusion criteria were: age between 18 and 35 years, PCOS diagnosed on the basis of Revised Rotterdam Consensus 2003 criteria. PCOS patients were recruited consecutively who were given either metformin or placebo in a double blind process and were scheduled for five visits within the period of nine months in each subject, whereupon a window period of 14 days was permitted for the 2nd, 3rd, 4th and last visit. Women with PCOS were treated with metformin for nine months in a dose of 1500 mg daily in three divided doses. 49 patients completed the visit in which 23 were in placebo and 26 in metformin group. On the other hand, who failed to fulfill the compliance, were dropped. Thus 27 were dropped, among them 14 were in placebo and 13 in metformin group; 4 got pregnant, 3 in placebo and 1in metformin group.

AMH was estimated by an enzyme-linked immunosorbent assay, AMH GEN II ELISA kit (Beckman Coulter, Inc. USA) whereas other hormones (FSH, LH and Testosterone) by immunochemiluminometric assay. Values of AMH were presented as nanograms per milliliters (conversion factor to pmol/l = ng/ml × 7.1). AMH was calculated using kc3 biograph with help of the standard supplied with the kit. QC (quality control) was used in each assay run to assess precision of the assay. Intra-assay CV (co-efficient of variance) was 3.4 to 5.4% and inter-assay CV 4.0 to 5.6% for AMH assay.

All data are processed by the SPSS program (version-22.0). Values are expressed as frequencies or mean ± SD unless mentioned otherwise. At the end of the study, metformin/placebo was unblinded and subjects were divided into two groups: one metformin and another as placebo. Within each group categorical variables (hirsutism, acne, acanthosis nigricans, menstrual irregularity, infertility) were analyzed by using Chi square. Numerical variables (serum AMH, testosterone, progesterone) were analyzed by paired or unpaired t-test as applicable. P-values ≤0.05 were considered as significant.

(Within parenthesis are percentages over column total)

Total dropped cases were = 27, who did not complete study

Data were expressed as mean±SEM

Independent student t-test was performed to compare between two groups

Table IV. Level of AMH, testosterone and progesterone before and after treatment in placebo group (n = 23)

Data were expressed as mean±SD

Paired sample t-test was performed to compare within group 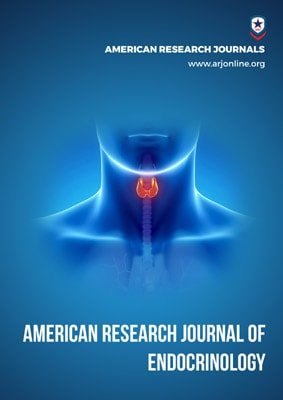