Fungi in the genus Malassezia are involved in skin disorders, including dandruff and seborrheic dermatitis, two commonly recurring scalp conditions that are often treated with selenium-containing materials. The antifungal effects of SeS2 and SeNPs against M. sympodialis and M. furfur were compared. The results showed that SeNPs had higher antifungal activity than SeS2 against both species. Both preparations were more effective against M. sympodialis than against M. furfur. Post-antifungal effects were not observed for M. furfur after short exposure to either SeNPs or SeS2 . However, cultures treated for a short time with the MIC or lower than the MIC of SeNPs or SeS2 showed better growth than untreated cultures following incubation with 1/10 MIC or less of either of the compounds. Brief exposure of Malassezia spp. to less than the MFC of SeNPs or SeS2 may result in the proliferation of fungal cells that are less sensitive to selenium and may contribute to the recurrence of infection following treatment.

Yeasts of the genus Malassezia are lipophilic fungi of the normal skin flora of humans and other warm-blooded animals, but they may also be the cause of skin disorders, including dandruff and seborrhoeic dermatitis [Aggarwal ,et al.,2003; Anwar et al.,2016; Roques ,et al.,2006; Rudramurthy et al.,2014]. Seborrhoeic dermatitis (SD), covering areas of the scalp, face and trunk, is a superficial inflammatory skin disorder, which affects 1%- 10% of the population[Roques et al., 2006]. These diseases are treated with antimycotic shampoos containing various antifungal agents, including selenium disulfide (SeS2 ), which has antifungal activity against a variety of fungi, including Malasseziaspp[Aggarwal ,et al., 2003; Chu et al., 1984; McGinley et al., 1982; Van Cutsem et al.,1990]. A low concentration of selenium is essential to living organisms [Kitajima et al., 2013]. As a trace element, it is incorporated in the amino acids of selenoproteins and antioxidant enzymes and it protects cells from free radicals. However, in higher concentration, it inhibits fungal growth[Keiliszek et al., 2015; Kitajima et al., 2013] The reason for the antifungal activity of selenium inMalassezia has not been studied but Wu et al [Wu et al., 2014] found that a high concentration of selenium damages the cellular oxygen-eliminating system ofPenicilliumexpansum, which leads to an increase in the production of intracellular ROS. In P. expansum, the inhibitory effect is related to the selenium concentration used[Wu et al.,2014]. SeS2 has been shown to have antifungal activity against Malassezia[Aggarwal ,et al., 2003,McGinley et al., 1982]. However, after treatment with antifungal agents, including SeS2 , SD tends to relapse. Aggarwal et al treated 20 SD patients once a week for three weeks with 2.5% SeS2 shampoo and one month after therapy found that three of the patients had mild or considerable residual disease. There is a need for finding more effective compounds for the treatment of S.D. and investigating the reason for the recurrence of infection after SeS2 treatment.

Biogenic SeNPs were freshly prepared and purified using a method previously described [Shahverdi et al., 2010,Fesharaki et al., 2010]. Briefly, an inoculum of Klebsiellapneumoniae[Fesharaki et al., 2010] was prepared by transferring a single colony from a tryptic soy agar plate to TSB (Merck,Darmstadt, Germany) and growing the culture at 37o C to an OD600 of 1.0. Fresh TSB, pH 7.2, supplemented with 200mg/l Se4+ (equal to 559.19 mg of selenium chloride) was inoculated with 1% (v/v) of a K. pneumoniae culture and incubated at 37°C for 24 h. K. pneumoniae cells containing red selenium particles were disrupted by autoclaving for 20 min at 121o C and 1.2 kg/cm2 pressure. The released SeNPs were centrifuged at 25,000 x g for 15 min and washed three times with distilled water. The washed sample and SeS2 were sonicated for 10 min (Tecna6, Tecno-Gaz Industries, Parma, Italy). The sizes of the SeNPs and SeS2 used during this study were less than 250 nm, as determined by TEM[Shahverdi et al., 2010,Fesharaki et al., 2010].

Comparison of antifungal activity of SeNPs and SeS2 for Malassezia spp.

Clinical strains of M. sympodialis and M. furfur were obtained from the Culture Collection of the Department of Medical Mycology and Parasitology, School of Public Health, Tehran University of Medical Sciences, Tehran (Iran). The effects of biogenic SeNPs and SeS2 (Sigma-Aldrich, Germany), on the survival of M. sympodialis and M. furfur were separately tested in LNB supplemented with different concentrations (0-300 µg/ml) of SeNPs or SeS2, according to the antifungal susceptibility testing recommendations of the CLSI. The broth cultures were inoculated with 106 CFU/ml of each fungal species and incubated for 120 h at 30°C. The viability of cells of each strain remaining in each culture was determined by plating the culture on LNA and counting the resulting colonies.

A conventional serial dilution method was used to determine MIC of both selenium preparations for M. sympodialis and M. furfur in LNB according to the CLSI. The media contained either SeNPs or SeS2, in a concentration range of 0 to 300µg/ml, and were inoculated with approximately 106 CFU/ml of each species. The minimum concentrations of SeNPs and SeS2 capable of inhibiting visible growth of the fungal strains during 96- 120 h of incubation at 35°C were determined and reported as MICs. The MFC of SeNPs and SeS2 was measured by plating the cultures used for MIC determinations onto selenium-free LNA plates. After incubation of plates at 35°C for 96-120 h, the lowest concentration of SeNPs or SeS2 that killed 99.0-99.5% of the cells and resulted either in no growth or fewer than three colonies on the plates, was considered the MFC [Espinol et al., 2002].

The effect of pre-exposure of M. furfur to (50µg/ml) SeNPs and SeS2 on its growth after removal of the drug was determined by a modification of the Odenholt-Tornqvist method [Espinol et al., 2002]. as follows: SDB medium (Merck,Darmstadt, Germany) containing 50µg/ml of SeNPs and SeS2 was inoculated with 5 ×106 cells/ ml of M. furfur separately and incubated for 2 h at 35o C. For controls, cultures of M. furfur were grown in SDB medium without selenium. The cultures were diluted with pre-warmed SDB at a ratio of 1/10 and incubated at 35°C for 120 h. Then, the viability of M. furfur in cultures with and without selenium compounds was determined by plating the samples on LNA medium and counting the CFUs. All samples were homogenized before CFU determination. The experiments were repeated three times.

In this study, we compared the in vitro antifungal activity and post-antifungal effect of SeNPs and SeS2 . We found higher antifungal potency of SeNPs for M. furfur and M. sympodialisin comparison with SeS2 and showed that neither of the compounds had a PAFE for M. furfur. To compare the antifungal activities of biogenic SeNPs and SeS2 , the viability of M. sympodialis and M. furfur after incubation with different concentrations of these compounds was determined (Figure 1, Figure 2).

Drug PAFE, a suppression of fungal growth after limited drug exposure, has been observed for various compounds in some fungi [Vitale et al.,2003]. Vitale et al showed that the PAFE of amphotericin B for several fungi is dependent on concentration; the effect is not seen for all fungi. Moreover, in our experience for M. furfur neither of the preparations had a PAFE for this fungus (Figure 3).

Figure 2 shows that a large number of M. furfur cells survived after 120 h incubation following a pre-treatment for 2 hours with 50μg/ml of either SeS2 or SeNPs. It is possible that the original inoculum contained a population of cells with different degrees of sensitivity to selenium. The surviving cells were either resistant to 50μg/ml of selenium originally or became resistant to selenium during incubation. In either case, they may have been metabolically different from the rest of the cells in the population. The better growth observed for cells of M. furfur exposed to 50μg/ml of SeS2 and SeNPs and then grownin the presence of 5 μg/ml of SeS2 and SeNPs (Figure 3) could be the result of the elimination of less tolerant cells and growth of more resistant cells that could proliferate more rapidly. Development of resistance to selenium has been shown in other fungi [Buxton et al., 1989]. Selenate resistance was found in an Aspergillus species mutant that lacked ATP sulfurylase and was not able to use sulfate as a sole sulfur source [Buxton et al., 1989] Selenium-resistant strains of yeast also have been found [Kitajima et al., 2013; Berdicevsky et al., 1993].

SeS2 is commercially available as an antifungal agent in over-the-counter shampoos for the treatment of dandruff and seborrhoeic dermatitis. To avoid skin irritation, users are recommended to limit their exposure time to SeS2 [Chu et al., 1984; McGinley et al., 1982; Van Cutsem et al.,1990; Hersle et al., 1971]. The proliferation of Malassezia spp. after short exposure to selenium in our study should be considered in regard to the treatment of fungal infection with selenium shampoos. The survival and the growth of viable Malasseziaspp. cells after short treatment may be the cause of recurrent infection.

This work was supported by Deputy of Research, Tehran University of Medical Sciences, Tehran, Iran (Grant no: 89-01-33-10319). The views presented in this manuscript do not necessarily reflect those of the U.S. Food and Drug Administration.

5. Chu, A. Comparative clinical trial of bifonazole solution versus selenium sulphide shampoo in the treatment of pityriasis versicolor. Dermatology 1984, 169, 81-87.

7. Van Cutsem J, Van Gerven F, Fransen J, Schrooten P, et al. The in vitro antifungal activity of ketoconazole, zinc pyrithione, and selenium sulfide against Pityrosporum and their efficacy as a shampoo in the treatment of experimental pityrosporosis in guinea pigs. J Am Acad Dermatol 1990;22:993-998. 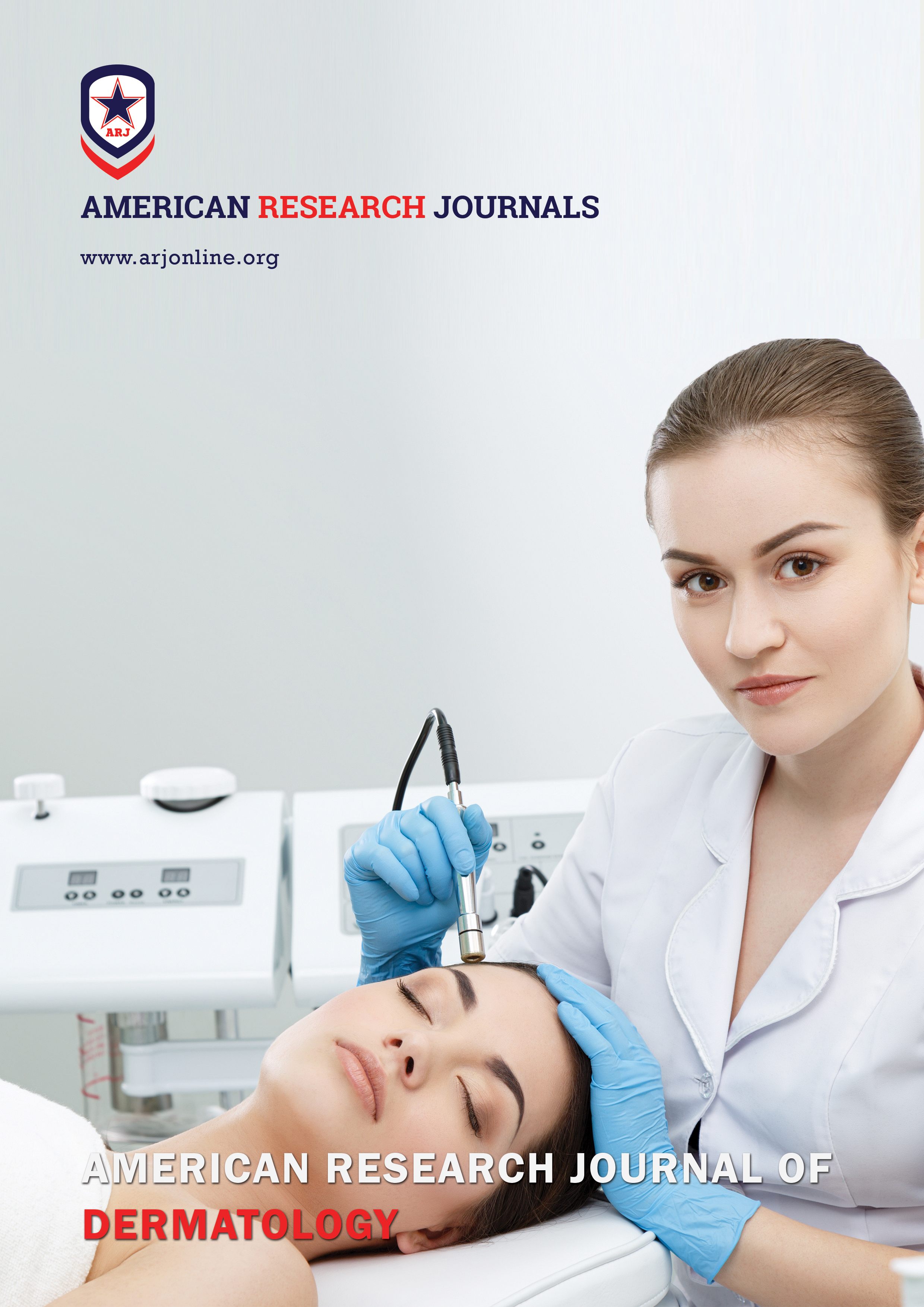