About 35 year old culm of Bambusa vulgaris was examined for microstructure with the aid of microscope. The culm was prepared and macerated following standard procedures. Eight hundred complete and reasonably straight fibres were measured for length (mm), diameter (µm), cell wall thickness (µm) and lumen diameter (µm). Their means were 2.97 ± 0.53, 18.59 ± 5.20, 9.98 ± 3.03 and 4.30 ± 1.12 respectively. These values were used to derive the flexibility coefficient and slenderness ratio/felting power of the fibres which were 51.04 ± 9.90 and 148.56 ± 13.30 respectively. Microscope examination revealed that the fibres were libriform, aseptate, thick-walled and lacked pit. Assertion such as the consideration of the culm of Bambusa vulgaris as alternative source of raw materials for pulp and paper production was made because the slenderness ratio of the fibres was more than 33. In conclusion, urgent derivation and analyses of the physical and chemical properties of the culm were recommended.

According to Anokye et al. (2014) Bamboo is the largest member of grass family known as Poaceae. Wang and Shen (1987), stated that there are about 60 to 70 genera and over 1,200 to 1,500 species of bamboo in the world. Bamboo species can be found in various climate from cold mountain-top to hot tropical region. They grow abundantly in most of the tropical and subtropical regions of the world. Janssen (1995) noted that bamboo is one of the fastest growing renewable resources in the world. It takes a short period of time to mature and can be harvested for utilization within 3 to 4 years. Bamboo has phenomenal growth rate potential with some species growing at a rate of 15 to 18 cm daily thereby attaining a maximum height within 4 to 6 months.

Bamboo is known for its versatility of uses since the ancient times. Bamboo chips were used to record history in ancient China. Among the forest plants, bamboo is another important forest product that has traditional and cultural value to rural people. Traditionally, people have used it for a variety of purposes for household utilities such as containers, chopsticks, joss paper, joss stick, toothpick, woven mats, fishing poles, cricket boxes, handicrafts, chairs and baskets. Apart from being used widely as household products, it has been used traditionally in constructing houses, pipes and bridges. Bamboo is also one of the oldest building materials used by man (Latif et al. 1990). It has been widely used by man as construction or building materials such as flooring.

The matured culm of Bambusa vulgaris Schrad. ex. J. C. Wendl. is being put to use in very many ways by the Ishan speaking people of Esan land in Edo State, Nigeria. Notable among these ways is the popular new yam festival called Ihuen festival in Ogwa town where matured culms of bamboo are used as drum set for the traditional music because of the sonorous characteristics of the matured culm.

According to Sadiku et al., (2016), Bamboo has been used extensively in China for the production of papergrade and dissolving pulp due to its unique properties such as high growth rate, low resources cost, long or semi-long fibre and high cellulose content compared to most wood species (Runge et al., 2012 and Cao et al., 2014). Bamboo could be utilized as a source for long-fibred raw material for pulp and paper production and at the same time reduce the current pressure on the timber resources. The production of pulp from fast growing non-timber species such as bamboo could serve as export product for foreign exchange which may improve the Nigerian economy.

In the recent time, researchers have become more inquisitive about the anatomy, morphology and physical properties of fibres in plants vis-avis the possible end use(s). Notable among these are Razak et al. (2010), Aina et al. (2012), Otoide (2013), Sharma et. al. (2013), Otoide (2014), Otoide (2015), Otoide (2016), Sadiku et al (2016), Otoide (2017) and Otoide et. al. (2018 a & b). Razak et al. (2010) reported increment in thickness of fibre and parenchyma cell walls from 2 to 4 year-old culms of Bambusa vulgaris. Also, Aina et al. (2012) reported the possible usage of culms of Bambusa vulgaris for the production of paper and as building and structural materials due to the characteristics of the fibres. Similarly, Otoide (2013) reported the presence of libriform, non-septate and medium sized fibres in the stem of a fully grown species of Adansonia digitata. Furthermore, Sharma et. al., (2013) evaluated the characteristics of fibres in some weeds of Arunachal Padesh, India for pulp and paper making. More so, Otoide (2014) studied the fibres in the stem of Afzelia africana by measuring their lengths and diameters in micrometer and recommended the usage of the species for construction works and any other production in which woods with extremely short fibres will not negatively affect the end product of production. Still, Otoide (2015) reported the presence of very short fibres and Runkel’s ratio of less than one in the trunk of Citrus sinensis and recommended it as alternative source of raw materials for pulp and paper industries. In the same vein, Otoide (2016) carried out the morphometric analysis of the fibres in the trunk of Alstonia boonei and reported occurrence of medium sized, thick-walled and aseptate libriform fibres with living protoplasm and thereafter, recommended the species for construction of shelterbelts for inhabitants of areas disturbed by wind and windstorm as well as construction of yam and animal barns for subsistent and commercial agriculture. Furthermore, Sadiku et. al., (2016) studied the dimension and chemical characterization of the fibres in culm of naturally grown Bambusa vulgaris and recommended the production of pulp and paper from the culm because of the Runkel’s ratio which was below one. Similarly, Otoide (2017) reported the presence of highly thickened cell-walled fibres, libriform and aseptate fibres in the woody stem of Theobroma cacao. Similarly, Otoide et al,. (2018a) reported the occurrence of elastic fibres having felting power of more than 33 when mature stem of Tithonia diversifolia was studied to ascertain its potential use for pulp and paper making. They recommended the suitability of the stem for pulp and paper production. Still, Otoide et al., (2018b) assessed the anatomy of fibres in the trunk of Alstonia boonei for some derived indexes and recommended the species as alternative source of raw materials for pulp and paper making.

The present examination is undertaken in order to deduce and ascertain possible end use derivable from mature culms of Bambusa vulgaris thereby providing additional information to the already existing but scanty one.

Three different culms of Bambusa vulgaris aging about 35years and growing at the Bamboo plantation own by Forest Research Institute of Nigeria (FRIN) were felled at about 30 cm above ground level. Each culms measuring 10-15 cm were cut to a length of 12m leaving out the top parts with branches. These culms were later subdivided into 3 equal lengths of bottom, middle and top portions of 4m each. Sample blocks for anatomical study were fixed in formalin-acetic acid (90% of ethanol of 70% conc., 4% glacial acetic acid, 6% formaldehyde of 37-48% conc.) immediately after felling and kept in closed bottles for subsequent studies.

Maceration and Measurement of the Fibres

Sample blocks of 20mm x 10mm x culms wall thickness were chiped radially into match stick size splints with a sharp knife. The splints were then put in marked vial. Jeffrey’s solution (50:50 mixture of 15% nitric acid and 10% chromic acid) were used to macerate the fibres. A period of 48 hours was allowed to soften the splints (Razak et. al., 2010). At the end of the maceration, the softened splints were carefully washed with distilled water and capped securely. After staining the fibres with Safranin-O, Eight hundred complete and reasonably straight fibres were measured using the system consisting of Leica DMLS microscope and camera: Leica DC 300 supported by Leica IM 1000 software which enabled digital recording of prepared preparations and very precise electronic measurement to determine their length, diameter, wall thickness and lumen diameter (Otoide et. al. 2018)

The results of the present examination have been summarized in Table 1. The values of 2.97±0.53, 18.59±5.20, 9.98±3.03 and 4.30±1.12 were the means (µm) for the length (mm), diameter, lumen width and cell wall thickness of the fibres respectively. Consequently, the fibres fall within the class of very short and elastic fibres. This assertion is in line with the previous reports of Egbewole et al. (2015) about the fibres of culms of Bambusa vulgaris and that of Samariha et al. (2011) about elasticity of fibres. Furthermore, the mean values for length, diameter, lumen width and cell wall thickness derived for the fibres in the present examination corroborate the previous reports of Brink (2008) and Sadiku (2016) about the anatomical properties of fibres of Bambusa vulgaris from tropical Africa

On the other hand, the mean values for flexibility coefficient and slenderness ratio were 51.04±9.90 and 148.56±13.30 respectively. These are a bit high when compared with the earlier reports of Sadiku et. al., (2016). However, the differences could be due to age of culms as the present researcher used culms of Bambusa vulgaris of about 35 years old while they made use of culms of maximum of 4 years old. Slenderness ratio of approximately 148 will produce better forming and well bonded paper since according to San et. al. (2016) the acceptable value of slenderness ratio for fibre to be considered for paper making is more than 33. Furthermore, the value of the flexibility coefficient derived for the fibres in the species has placed it under the group of plants with elastic fibres (50-75).
Microstructural examination of the fibres with the aid of microscope revealed that the fibres were libriform, aseptate, thick-walled and lacked pits.
In conclusion, the present work has been able to provide additional information about the fibres in the culm of Bambusa vulgaris. However, the Runkel’s ratio of the fibres as well as the physical and chemical properties of the culm should urgently be analyzed so as to ascertain and establish the suitability of the species as alternative source of raw material for pulp and paper production and panel making.

1. Anokye, R., Bakar, E. S., Abare, A. Y., Kalong, R. M. and Muhammad, A. (2014). The Difference in Density along the Bamboo Culms of Gigantochloa scortichinii and Bambusa vulgaris. International Journal of Emerging Technology and Advanced Engineering. 4(10): 638-643

20. Sharma, M., Sharma, C. L. and Kumar, Y. B. (2013). Evaluation of Fiber Characteristics in some weeds of Arunachal Pradesh, India for Pulp and Paper Making. Research Journal of Agriculture and Forestry Sciences. 1(3): 15-21. 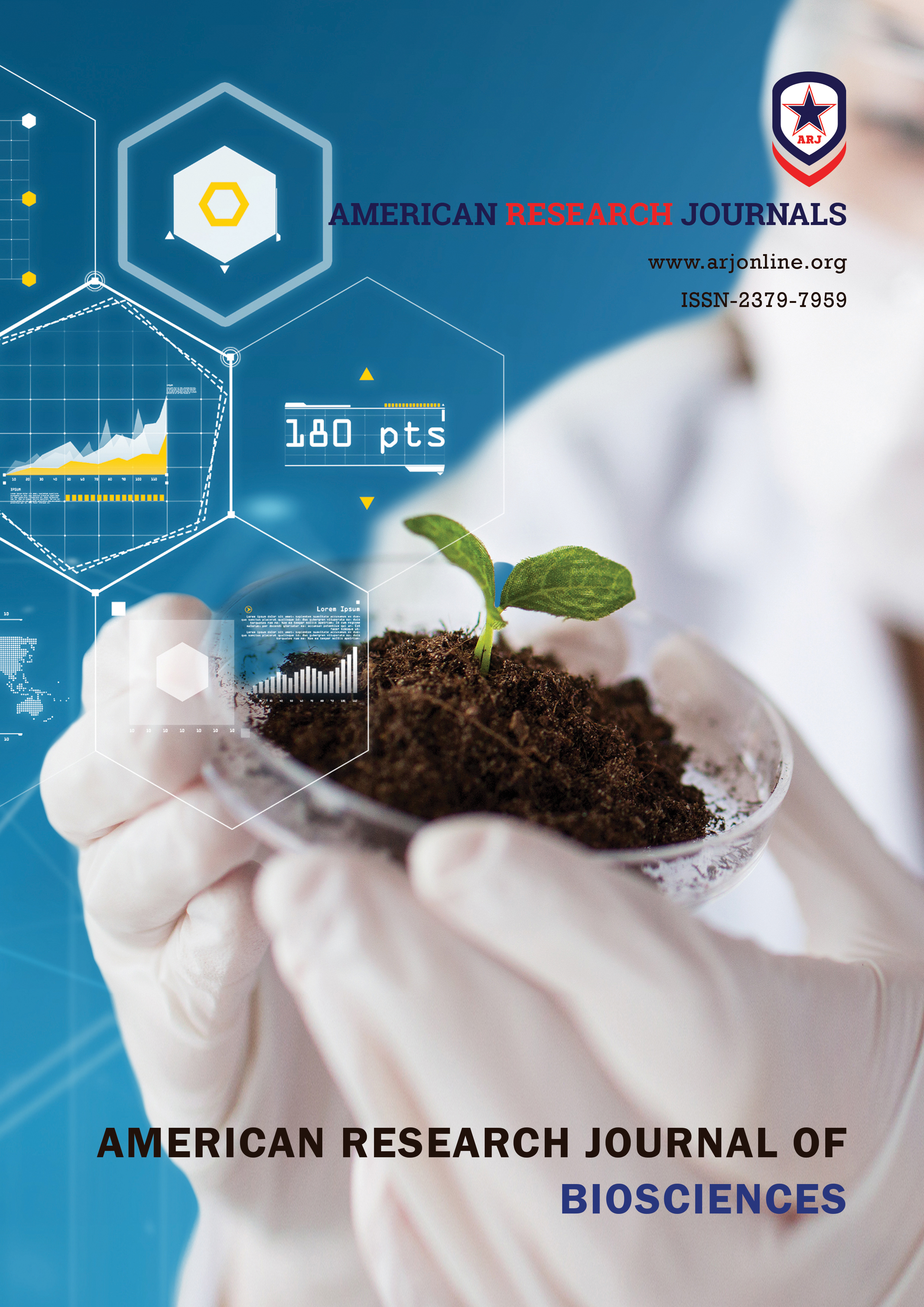