Efficacy of Epidural Verapamil on Preemptive Analgesia in Knee Arthroscopy

Background: The goals of preemptive analgesia are to decrease acute pain after tissue injury, prevent pathologic modulation of central nervous system caused by pain and prevent the development of chronic pain. The goal of this study is to evaluate analgesic efficacy of verapamil when added to epidural bupivacaine and fentanyl in patients undergoing knee arthroscopy.

Pain is one of the most common problems challenging the anesthetist. Regional anesthesia is an effective and inexpensive technique in this regards due to its safety, efficiency and long duration of action. Research continues concerning different techniques and drugs that could prolong the duration of regional anesthesia and postoperative pain relieve with minimal side effects [1]. Verapamil is a calcium channel blocker has antinociceptive effects and there is interaction between calcium channel blockers and opioid receptor mediated analgesia[2]. Recently, verapamil also acts on fast Na channels accounting for local anesthetic effects of verapamil[3].

The purpose of this prospective, randomized, double blind study is to detect the analgesic efficacy of epidural verapamil when administrated with bupivacaine and fentanyl in patients undergoing knee arthroscopy.

The current study was performed in Zagazig University hospitals in the period between June 2017 and December 2017 after obtaining the approval of the Hospital Research & Ethical Committee and patients’ informed consent. Sample size was calculated by using (Epi- Info) program. At 80% power and 95% C. I, α error 5%, β error 10% forty patients were classified into two groups. ASA I and II patients of male sex aged 20-40 years old, weight ranged from 70-90 kg and height ranged from 170-190 cm undergoing knee arthroscopy were enrolled in this randomized, double blinded study. Patients were randomizedin an allocation ratio of one to one between study groups. Randomization was electronically generated using random number tables from computer. Those who had renal, hepatic impairment, cardiac disease, coagulopathy or receiving anticoagulants, spine deformity or neuropathy for any cause were excluded from the study. Prior to surgery, we explained to the patients the epidural technique. All the patients were monitored as regards the hemodynamics including the heart rate (HR), mean arterial pressure (MAP) and oxygen saturation (Spo2). Intravenous access had been established and infusion of crystalloid commenced.

Before the induction of anesthesia, an epidural catheter was placed at the L4-L5 intervertebral space (PERIFIX® Continuous Epidural Anesthesia Set, 17 G Touhy Needle 20G catheter, B/Braun medical INC, 34212 Melsungen, Germany) under local anesthesia with the use of resistance technique, and correct position was confirmed by injection of lidocaine 2% (3 ml) with epinephrine in a concentration 1: 200,000. An epidural catheter was then inserted into the epidural space. The level to be blocked was up to T12. The study was done in a double blind method using a sealed enveloped technique. Patients were randomly allocated to one of two equal groups. First group (fentanyl [F] group) received 15 ml bupivacaine 0.5% plus 40 ug fentanyl diluted with 5 ml saline was injected epidurally. Second group (fentanyl-verapamil [F-V] group) received 15 ml bupivacaine 0.5% plus 40 ug fentanyl and 5 mg verapamil diluted with 5 ml saline was injected epidurally. Sensory block wasassessed by using loss of temperature sensation with an ice cube regarding the onset of analgesia and its duration. Motor block was evaluated using a modified Bromage scale (0: no motor block, 1: inability to raise extended legs, 2: inability to flex knee, 3: inability to flex ankle joints). MAP, HR, Spo2 and respiratory rate (RR) were recorded before and after administration of the epidural medications and every 15 min till the end of the surgery. When surgery was completed, all patients were monitored for 24 hours postoperatively. The following variables:

(I) MAP, HR, Spo2, RR and pain assessment using Prince Henry Score (0: no pain, 1: pain on couph, 2: pain on deep breathing, 3: moderate resting pain, 4: severe resting pain) were recorded on arrival to recovery, every hour for 6h and every 6h for 24h in the postoperative period.

(II) Duration of analgesia from the start of operation to first request of analgesia when Prince Henry Score >2 was recorded.

Statistical presentation and analysis of this study was conducted using the mean, standard error, student T-test and Chi square test whenever using SPSS V 17. A difference with p value < 0.05 was considered statistically significant.

• As regards the intra-operative hemodynamics, oxygen saturation and respiratory rate, there was no significant difference between the 2study groups.

The efficacy of postoperative analgesia thereby has an important role in the functional outcome of surgery. It was evident that epidural analgesia regardless the agent used provides better postoperative analgesia than parental analgesia [4]. Mixture of local anesthetics with adjuvants gained widespread popularity. It provides a good analgesia which allows the reduction of the amount of local anesthetic administration for postoperative pain. Reducing the dose reduces the incidence of side effects [5]
The study demonstrates a significant improvement in Prince Henry Score in F-V group and the duration of analgesia is longer in F-V group in comparison to F group.
This agrees with a study done by Choe et al [6] who reported administration of epidural verapamil, fentanyl plus bupivacaine during lower abdominal surgery resulted in more postoperative pain relief than administration of fentanyl plus bupivacaine.
Also, the total dose of analgesic consumed by patients in F-V group for 24 hours postoperative pain relief was statistically significant lower than total dose of analgesic consumed by patients in F group.
This is agreement with results reached by Dogrul et al [7] whoreported that administration of verapamil with fentanyl and bupivacaine during lower abdominal surgery resulted in less postoperative analgesic consumption than bupivacaine with fentanyl.
This is also in accordance with Omote et al [8] who have demonstrated that epidural verapamil potentiates analgesic effect of epidural fentanyl and prolongs its analgesic effect.
In present study, there were no significant hemodynamic changes between the two groups and did not report any hemodynamic or respiratory instability during the observation period.
This is in agreement with Omote et al [8] who found that epidural verapamil and fentanyl has no significant changes on blood pressure, heart rate or oxygen saturation

7. Doğrula A, Yeşilyurta O, Işımera A, Güzeldemirb ME: L-type and T-type calcium channel blockade potentiate the analgesic effects of morphine and selective μ opioid agonist, but not to selective δ and κ agonist at the level of the spinal cord in mice. Pain 2004; 93: 61- 68. 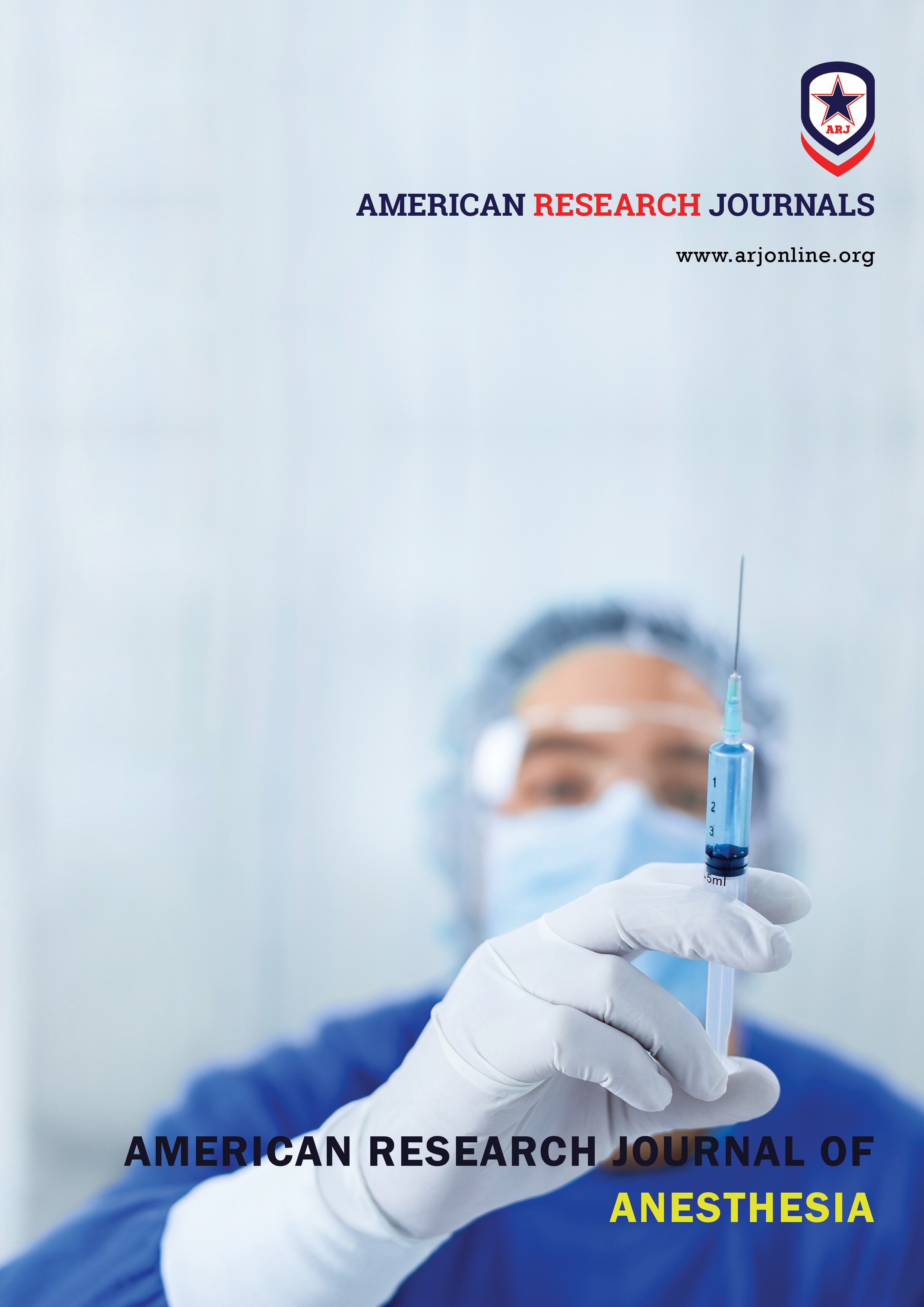