The experiment was conducted on desert male sheep’s to evaluate the effect feeding moringa on body weight gain, feed intake and body weight change. Twelve (12) rams of desert sheep aged 4-5 months and weighing 12.1 Kg (11.7-12.4 Kg) were used in these experiments. The goats were divided randomly into three groups; each group (4 males) in complete randomized design. The results revealed that the group one which fed mixture of rang plants showed the heaviest body weight gain as 104.48 g/day compared with other feeds. The effect of feeds on body weight change and final gain, was significant (P ≤ 0.001) with the mixture of range plants with moringa (26.77±0.68kg) and mixture of range plants alone (25.33±0.76kg) compared with moringa alone (22.77±3.87kg).

The rangelands are of importance to traditional livestock rising are confined to the semi–desert, low rainfall savannah, and the northern fringes of the high rainfall areas. In the semi- desert the plant cover is a mixture of grasses and herbaceous plants intermingled with Acacia trees and shrubs representing the main grazing areas for camel and sheep. Previous records showed that the range carrying capacity is not in balance with livestock feed requirements. There is gap between current rangeland production and the actual requirement. This gap amounts to 23.35 million tons of TDN. In such situations, the available grazing is not generally sufficient to meet the maintenance requirements of animals, at least for part of the year (Aregheore, 2002).

The livestock sector plays a significant economic role in most developing countries, and is essential for thefood security of populations. The pastoralists in Khartoum State raising cattle, goats and sheep move all theyear searching for water and feed for their animal in the rangelands, their animals suffering from lack of feed.The productivity of farm animals in most tropical countries is generally low, mainly due to poor quality andinadequacy of available feeds.

Moreover, conventional feed resources (grains, cereals, legumes, etc.) for animal production are scarce andhighly expensive in many parts of the world. Thus searching for alternative unconventional feed sources thatmay have valuable components of animal diets is indispensable (Szumacher-Strabel et al., 2011; Zhou et al.,2012). The use of tree parts as alternative feed resources for ruminant livestock is becoming increasinglyimportant in many parts of the tropics and sub-tropics (Silanikove, 2000; Melesse et al., 2009). In fact, treesand shrubs are increasingly recognized as important components of animal feeding, particularly as suppliers ofprotein and especially in harsh environmental conditions.

Trees are used for a variety of purposes in both cropped lands and in livestock grazing systems. Traditionally,farmers on dry land of Africa have developed a wide range of agroforestry and soil conservation strategies toadapt their crops and livestock production system to the marginal condition (Mbwambo, 2004). The challengesin using forage as source of feed for animals are estimating its availability and intake and determining whetheror not the forage can supply adequate nutrients for maintenance, growth, reproduction and lactation. Animalowners traditionally use tree leaves, bushes and creepers for feeding animals. Besides the leaves, they makeextensive use of the flowers, pods and seeds of some trees have always played a significant role in feedingdomestic animals as feed supplements.

Present knowledge on the potential value of fodder trees and shrubs indicates that together with theirdiversity, these feed resources are extremely useful for feeding domestic ruminants. The demonstrable benefitsare improved performance of animals and reduced cost of feeding (Devendra, 1992 and Aregheore, 2002).Moringa (Moringa oleifera) trees are multi-purpose trees of economic importance with several industrial andfeeding values (Babker and Abdalbagi, 2015). The traditional feeding systems, particularly in tribal areas, makemaximum use of local resources like crop residues, tree leaves, pods, seeds, etc. (Pradhan et al., 1991). Improvethe animal production and reduce the animal mortality. The objective of this study is to evaluate the effect offeeding Moringa oleifeira and mixture of range plants on body weight gain, and weight changes of SudaneseDesert sheep.

This study were conducted in Omdurman area (Umbada locality, longitudes 15.7˚ N, Latitudes 34.4˚E andaltitudes 1402 m above sea levels) Khartoum state.The annual rain fall is 200 – 400 mm, and the temperatureis range 17- 20oC in the winter and 30-48oC in the summer. The pastoralists in the area raise cattle, goats andsheep (7.7 million heads), moving all the year searching for ranges, fodder and water. The areas is occupied bysome sedentary tribes with ownership of land and raising small number of animals cattle utilizing the nearbyannual low quality pastures and browse trees.

Twelve (12) rams of Sudanese sheep rams were used in this experiment, with ages 9-12 months and weightsranging from 17-21 kg. All animals were treated with the necessary medication against endo-and ecto-parasites(AGVET, USA 1.0 ml/50 kg body weight subcutaneously Ivomec super drench) and vaccinated against Anthraxand Hemorrhagic Septicemia. The animals were ear tagged, weighted and divided into three groups andallocated to three groups, each group with 4 rams ; group one, is mixture of range plants (MRP), group two ismoringa pods stem and leave (M) and group three is mixture of Moringa leaves and range plants (M+MRP) as50% to 50%. Feeds were offered to rams at ad libitum. Each group consistent of six rams and fed individual andwas kept in separate enclosures constructed from iron bars and wire, and equipped with water troughs. Theywere gradually introduced to the new feeds for a preliminary period of 7 days. Live weight each animal wererecorded at the start of experiment, then every two weeks until the end of the experiment in three months,using spring balance, the animals were weighed in the morning

Effect of Moringa on final body weight and growth rate

and shrubs are increasingly recognized as important components of animal feeding, particularly as suppliersof protein and especially in harsh environmental conditions. (Aregheore, 2002). Significant gains in animals’weights were detected when fed a mixture of range plants, but better gains were obtained when moringa shootswere added to the mixture. These were also detected when comparing the feed conversion ratio. Similarlythe potential for agroforestry to supply animals with high quality feed has been recognized by many authors(Makkar and Becker, 1997; Fuglie, 2001; Mauricio et al., 2008). It was also shown that by planting a leguminoustree species in between rows of the grass, the nutritive value of the grass can be increased, improving livestockproduction (Harsh et al, 2003). A study in Fiji reports significant weight gain over traditional fodder when 50%of fodder contained moringa. Animals given fodder with 80% moringa in the Fijian study showed lower weightgain than animals on 50% moringa fodder (Aregheore, 2002). The traditional feeding systems, particularly intribal areas, make maximum use of local resources like crop residues, tree leaves, pods, seeds, etc. (Pradhanet al., 1991). Many studies led to the development of methods of assessing the nutritive value of feeds andstandardizing the feeding of animals according to their chemical composition. A study on the grazing behaviorof goats; diet selection, nutritive value, digestibility of range plant and body gained at flowering and seed settingstage, showed that the flowering stage was the best for goat in term of feed intake, dry matter digestibilityand body weight gain (Abdel Moniem et al. 2013). Also in vitro gas production of Trifolium angustifolium hayshowed that wild Trifolium angustifolium harvested even at the seeding stage, offered considerable potential asmedium quality forage for ruminant animals during the winter period (Ademk and Canbolat 2010). It has beenstated that the leaves, shoots and twigs of legume/browse plants can help overcome the nutritional constraintsof tropical grass species that are low in nutritive quality. (Mandal, 1997) and play an especially important role inimproving dietary protein (Aregheore et al., 1998). Generally Moringa leaves are also a good protein source thatis a convenient substitute of some meals (soybean and rapeseed) for ruminants, and they are able to improvethe microbial protein synthesis in the rumen (Soliva et al., 2005).

It could be recommended that Moringa can help small and medium-scale farmers overcome shortages ofgood quality feeds and therefore sustain and improve their livestock productivity, and the Agroforestry can beadopted as strategic nutrition supplementation as many tree leaves, flowers and pods are identified as usefulfor improving milk production, milk fat, body condition and for the induction of estrus. In situations, where theavailable grazing is not generally sufficient to meet the maintenance requirements of animals, at least for partof the year, trees can alleviate the feed shortages or even fill up the feed gaps especially in the summer periodwhen grassland growth is limited or dormant, due to unfavorable weather conditions. 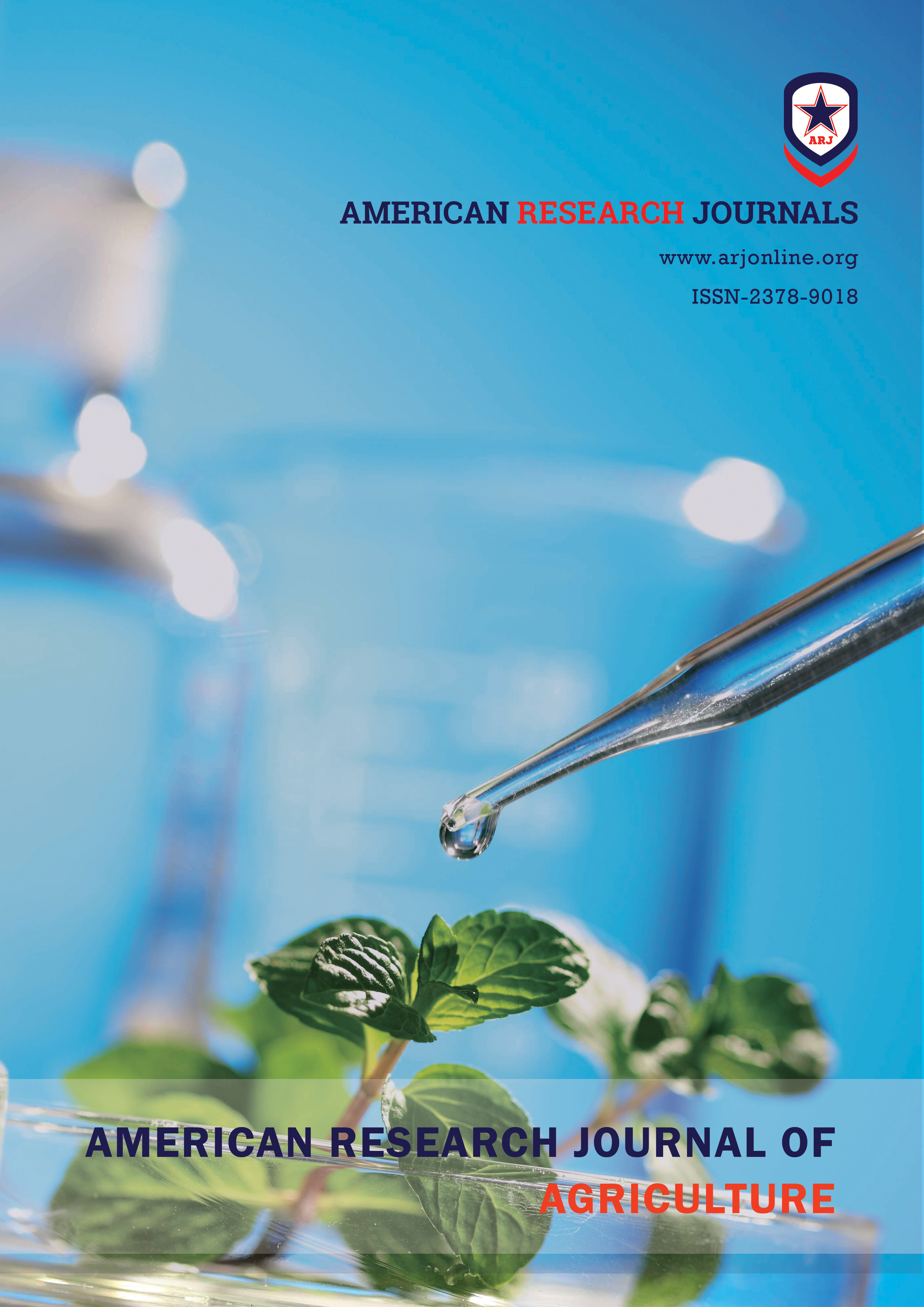